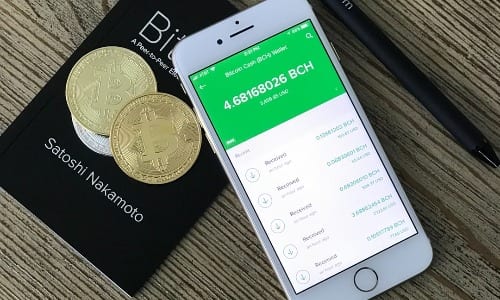 Cryptocurrencies currently have no real intrinsic base, e.g. industrial, agricultural or as a general medium of exchange. Scarcity in this case is a construct and value is primarily a function of greed with long term viable operation outside of state most probably a pipe dream.

Introduction: Cryptocurrencies in general, and more specifically Bitcoin have, been widely mooted as a major currency and financial disruptor since inception in 2009.  This view was popularized by technologists in the fintech community and found general appeal, as it is based on an appealing economic premise, i.e. that of a decentralized, anonymous and investable currency free from government control, intervention, mismanagement and taxation. The potential drivers of the technology can be summarized as:  Transparency and independence of distributed ledger technology, high remittance costs in developing countries, fluctuations in monetary regulations, tax avoidance/evasion and limited traceability.

Current situation: Crypto currency growth into a definite fintech disruptor cannot be denied. An estimated total cryptocurrency market cap of approximately USD240bn (2019) is testimony to a successful niche market, comprising a myriad of different cryptocurrencies, of which bitcoin is the dominant player.

The Future: Global Acceptance vs Niche Disruptor. Cryptocurrencies have up to the present been only moderately successful in specific application areas. Opinion is, however varied on the future of this “technology.”

Background: To make an informed decision we need a basic analysis of cryptocurrency relative size and uses.  The estimated USD 240 bn cryptocurrencies still pales in comparison to the R1.5 trillion USD physical cash and about USD 80 trillion worth of broadly defined physical currencies in global circulation.

Usage: Due to cryptocurrency attributes it is difficult to quantify the usage distribution, but it is widely recognized that the main use of especially bitcoin is speculative, being as high as 90%. This is evident in the wide price fluctuations. Proponents call this “investment”, but for reasons explained later this seems a somewhat flattering label. There is also a fair amount of grey market and illegal goods/services payment use, capitalizing on the anonymity features. The real economic use as a legal medium of exchange is limited to cross border remittances (where it is a definite disruptor) and technologically advanced companies that accept it as payment. These companies will as, a rule exchange it immediately due to volatile value changes, minimizing the general currency paradigm. In normal bulk retail and wholesale economic activity cryptocurrencies are therefore only marginally utilized.

Are cryptocurrencies then actually “currency”?  The original intention was to create a generally accepted global medium of exchange (definition of a currency). The limited acceptability, volatility and size of this market suggest it currently only being “marginal” money. Most supporters of the industry will agree with this observation, but still believes that exponential growth into a global currency is imminent.

Can cryptocurrencies still grow to be a large global currency and what are the potential problems to limit growth?

To answer this question we need to look at what makes global currencies like the US Dollar and Euro so successful and how cryptocurrencies stack up against this:

Crypto currencies lack some core attributes to become a significant medium of exchange:  The creation and existence of cryptocurrencies has largely been a response to the centrally controlled and excessive creation of money. The idea of a decentralized, relatively scarce global unit of exchange has general populist appeal, made possible by blockchain technology. Whilst this is a stimulating and principled concept that has gained traction, it still lacks core attributes that would make it a serious global disruptor and currency contender.

The short synopsis above highlights the lack in current cryptocurrency features.  Central control, market making and indirect underwriting by large economic entities are all non-negotiables in before further large scale crypto disruption can occur. Whilst lending and borrowing on a peer to peer and non- geared basis can be achieved, it should not pose any meaningful threat to the globally geared banking system.

Recent government initiatives (China) to incorporate cryptocurrencies as part of their centralized offering could be very successful as it adds most of the missing features to a virtual currency. Unfortunately it also eliminates the defining characteristics of being unregulated and independent and reduces it to a virtual form of traditional currencies at best.

The probability of increased legislation:  Our view is that any meaningful threat by cryptocurrencies should increasingly face the wrath of central authorities in the form of regulations and legislation, effectively neutralizing independence and potential growth.

The case for cryptocurrencies becoming  a “store of value” or investment opportunity? Whilst the initial idea behind cryptocurrencies was to be a medium of trade/exchange, the increase in value has created the current function, i.e. that of being an “investment”.  Proponents of this idea rightfully contend that in the absence of having real value as a currency, the exponential growth in price and value suggests that is a desirable asset and worth investing in. To explore this we need to compare the features of traditional assets and cryptocurrencies in respect to the investing rationale.

Where, then do the crypto currency market derive value from and fit in?

Many analysts have attempted to value cryptocurrencies with conventional techniques with little success, especially in estimating demand. A valid departure point in valuing these virtual assets would be to compare it to traditional investment options .

Cryptocurrencies have no current or potential underlying assets, income stream or underwriting entity (like currencies). It thus has very little in common with most equity, income and property investments.

The perceived value seems somewhat similar to a commodity that has intrinsic (usage) value, as well as a store of value (subjective) value perception. Gold seems to be the closest comparable real investment where:

It is thus plausible that cryptocurrencies can best be explained as a hybrid virtual commodity with some traits of an overvalued deep growth equity investment.

Technology start-up companies with enormous growth potential will trade at very expensive levels without adding any interim value, until they grow into their potential- investors are initially buying only a good story. We believe that the market is overvaluing the ability of crypto currencies to become useful, i.e. a generally accepted medium of exchange.